This is Chris. His mom is Mary. Chris is a 13 year old female to male transboy. He transitioned when he was 12. Here is an excerpt from a poem he wrote when he was 12:
“One day I will pass as a boy 100%, that day is a ways from now. But I will just have to wait until then, that will happen eventually and I will wait forever if I have to. I will go through anything just to be who I really am” – Chris, age 12

Here is part of a letter that his mom Mary sent to the teacher’s at Chris’s school when he came out:

“Chris started last year as “Grace” and “she”. I had thoughts over the years that he may be transgender as he always dressed in boys clothes and “acted” 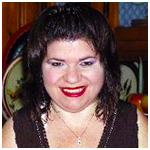 like a boy. BUT I as most people figured he was just a “tomboy.” I really thought thought that he might be transgender when at around 7 years old. He said “Mom, I am supposed to be a boy would you care if I had sex change surgery when I was older?” Of course it stunned me but I calmy said “No, I wouldn’t care. I love you no matter what” I must admit it scared the hell out of me because I worried about him. This seemed to appease him but over the years he privately struggled with it and became more and more withdrawn and depressed and I didn’t know why until last Sept. 24th 2010. On that day he came to me crying and suicidal. Chris said, “Mom, I am transgender. I am a boy. I can’t keep trying to be a girl. If I have too, I promise you I won’t live.” My heart sank and hurt for him. It was then we began our journey & continue on it. I have learned what real unconditional love is all about. I have a severe physical disability all of my life and people always told me how much courage I had BUT Chris has taught me the true meaning of courage just trying to be himself.” When he finally came out at school I asked him how it felt he said as a teenager only could. “Mom, it’s like when you really gotta pee then you pee. It’s a relief and he’s also said “It’s the best decision I have ever made mom.” I feel it was the best decision I made to not look back once and never did I consider forcing him to be a girl. I now realize he’s always been my son. The first week I cried and mourned who I thought was my daughter: Grace. I worried about how his life would be but I don’t now because ofpeople like you & your husband. I remember crying in bed the first day and Chris came up & hugged me and said “Mom, if this is going to hurt you this much I won’t do it, I’ll stay as a girl. I said “No way, you are doing this I’ll be fine but I wouldn’t ever expect you to look back.” He said “Thanks, mom and we’ll get you help too.” What a kid! I realized then he was my son and the same great kid I have always had. He’s happier now and so much more confident.

His advice for other kids who are struggling with gender identity issues:
I would tell them to not give up until they could be themselves. and just be true to themselves and dont be afraid of what others will think of them.

Cloe’s journey began at a very young age, like most, when she was in fact born male, yet exhibited ONLY gender specific behaviors, mannerisms, preferences, etc., that of a female.

Chris started last year as “Grace” and “she”. I had thoughts over the years that he may be transgender as he always dressed in boys clothes and “acted” like a boy.

Essie was born a boy. Essie transitioned at the age of 6, but she has known since the age of 1 that she was a girl. From the time she could walk and talk, she gravitated to everything pink and feminine.

When Aaron was ten-years-old, Aaron began dressing more like a boy. When I would take Aaron shopping for clothes, she didn’t like one thing I would select and we would usually leave the mall arguing.

K always seemed happiest playing dress-up at home, and even went to kindergarten as “Dorothy” for Halloween.

I Want to Kill Myself

I sometimes dislike school because my friends act like I’m not even with them. I wish everyone would treat me with peace and respect.